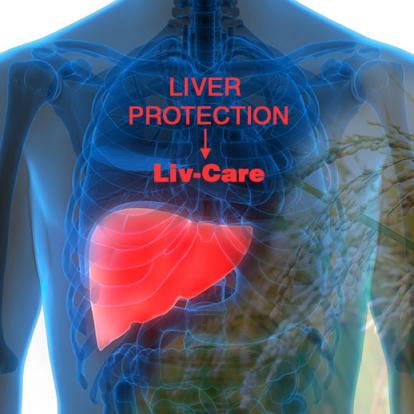 Alpha-Wellness™ Liv-Care is a chewable tablet that contains a patented rice bran extract from Japan which is pure, non-chemical and non-toxic. The active component in rice bran extract, policosanol, has been clinically studied to protect liver against alcohol toxicity. Policosanol is a mixture of aliphatic alcohols of more than 20 carbons extracted from rice bran wax. Liv-Care is effective in relieving hangover discomfort. It also has the benefit in lowering low density lipoprotein, LDL (bad) cholesterol level.

Do You Suffer from Asian Flush?

Approximately 30 to 50% of Asian individuals have a genetic mutation in their alcohol metabolizing enzymes, especially aldehyde dehydrogenase 2 (ALDH2) found in the liver.

Alcohol is enzymatically broken down into a toxic intermediate product, acetaldehyde before its final non-toxic end-product, acetic acid. Alcohol flush and symptoms of hangover discomfort such as headache, nausea and drowsiness are caused by the accumulation of acetaldehyde in the body due to low activity of enzyme ALDH2.

(Ohkubo, T., T. Ito, and H. Hibino. “Feasibility study on the use of policosanol to reduce blood acetaldehyde levels in ethanol-administered humans.” Journal of Japanese Society of Nutrition and Food Science 62.6 (2009): 305-309.)

A questionnaire on hangover effects was conducted on consumers who drank alcohol before and after 6-week intake of Liv-Care. All consumers reported feeling reduction of hangover discomfort upon taking Liv-Care. 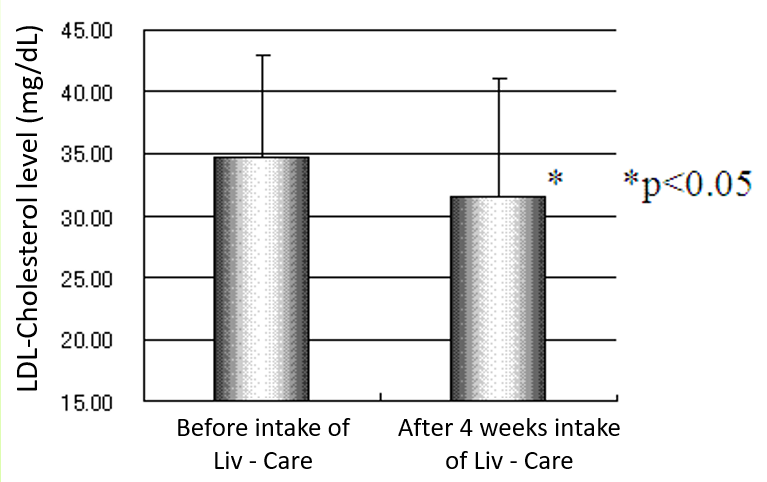 A human trial was conducted with oral administration of Liv-Care (33 mg/day) for a period of 6 weeks to measure the effect of Liv-Care on three types of liver disease markers: aspartate aminotransferase (AST), alanine aminotransferase (ALT) and gamma-glutamyl transpeptidase (γ-GTP). AST or ALT is used to detect inflammation due to injury or damage to the liver by external factors such as drinking alcohol. γ-GTP is the indicator of alcoholic liver disease. The results showed significant decrease in all three liver disease markers at the end of the experiment, suggesting that Liv – Care helps to improve liver function. 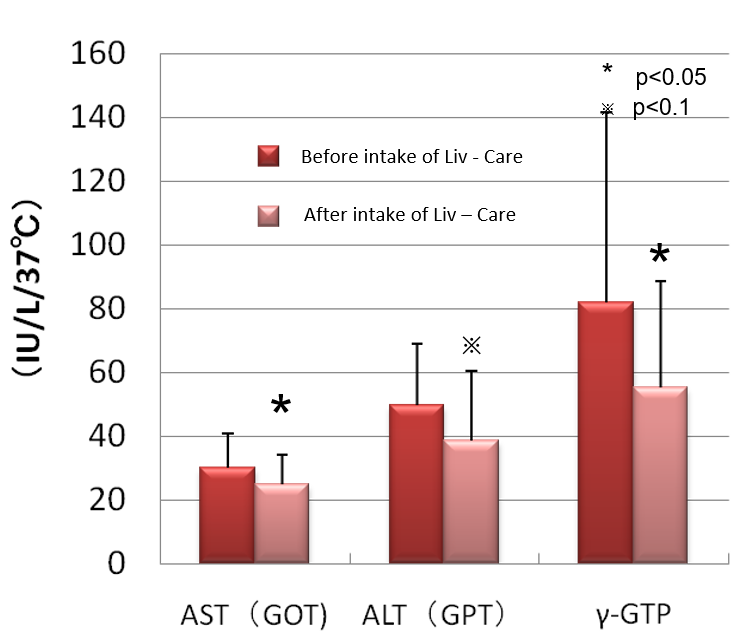